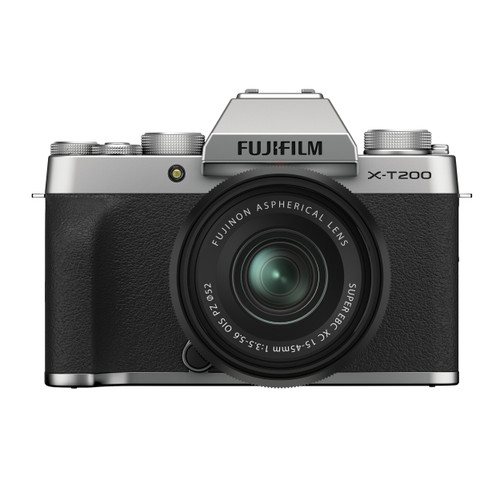 X-T200 combines innovation, design, and technology to provide image makers of all levels with a complete solution to unlock limitless creative possibilities. Weighing 370g, X-T200 is about 80g lighter than its predecessor (the X-T100) and is equipped with a new vari-angle touch-screen, a high-speed APS-C 24.2 Megapixel CMOS sensor which uses copper wiring for optimal performance, and an intuitive user interface that provides professional quality with the ease and familiarity of a Smartphone. Able to process data 3.5 times faster than the X-T100, rolling shutter is also reduced with the X-T100. AF performance in X-T200 is also dramatically enhanced from the X-T100 through the use of phase detection autofocus pixels across the sensor.

For those interested in expanding their X-T200 tool kit, the new FUJINON XC35mmF2 lens gives an equivalent to 52mm field of view on 35mm format. Weighing just 130g and measuring 46.5mm in length, this new prime lens has nine elements, including two aspherical lens elements in six groups, which work to produce sharp and crisp images with creamy bokeh. AF operation is quick and near silent thanks to the use of an internal focus system and a stepping motor, which is used to drive the focusing elements quickly and accurately.
"

YES! We are a Fujifilm Authorized dealer!